Neo4j uses a declarative language called Cypher, that lets us easily make graph style queries that return some pretty cool data. We will be looking at movie data again (this time the demo imdb dataset), and walking through some queries that helped me get familiarity with the Cypher syntax

We will start off by finding the actors who have acted in the fewest movies in our dataset:

Taking our two actors Takeshi Kitano and Carrie Fisher, we are going to find the shortest path between them:

shortestPath starts with a breadth first search to find the shortest path. all we have to do is identify the two nodes we are searching with and return the result - which looks pretty cool: 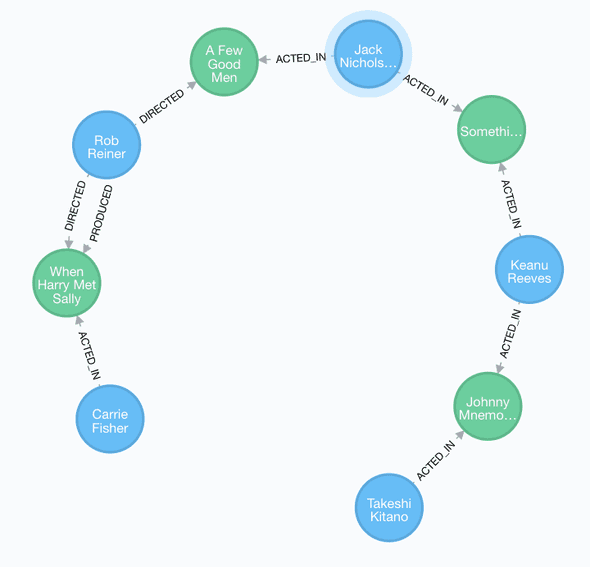 Keanu Reeves was in that list, so lets see all the actors who acted with him

This one looks a little more complicated, but all we are doing is specifying a node with a name “Keanu Reeves”, that has a relationships :ACTED_IN to another node, which we bind to m, and on the other side nodes that have an inverse :ACTED_IN relationship. The syntax is pretty straight forward, and the results are powerful 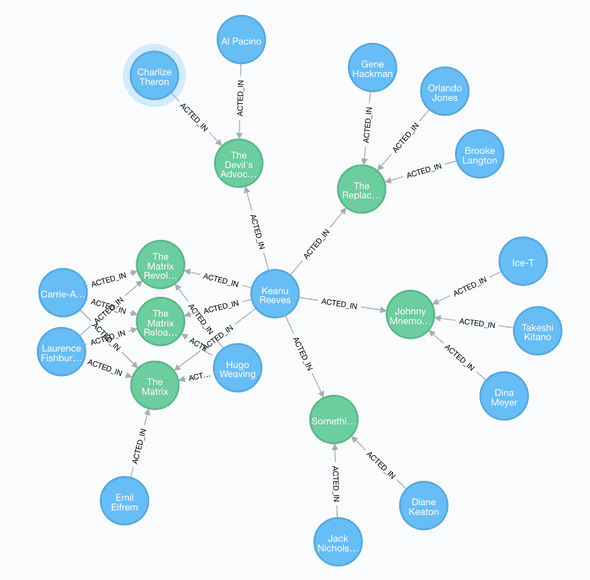